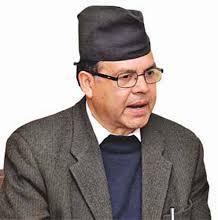 Addressing a programmme organised by the Samalabung Village Committee, Ilam under the party’s four-month campaign what his party argued for the enforcement of the constitution, leader Khanal said it was constitutionally mandatory for the country to hold the three-tier election before the third week of 2018. If the government was not in the position of announcing poll dates right now, it was meaningless holding the prime ministerial post by Pushpa Kamal Dahal ‘ Prachanda’.

He went on to say that the announcement of poll dates was delayed as the ruling parties–CPN (Maoist Centre) and Nepali Congress—were fearful of their possible debacle.

The constitution amendment proposal was brought just to serve the interests of foreigners as it was meant for giving the constitutional post to naturalized citizenship holders and recognizing the Hindi language as a national language, he claimed, adding that the party was all committed to stopping the House from passing the amendment bill.

The former party Chair warned of launching the nation-wide agitation if the election dates were not announced on time. He called on the government not to do such ‘acts’ that enfeeble the nation. On the occasion, he welcomed newcomers to the party who quit their affiliations to other political parties including the CPN (Maoist Centre) and NC to join the CPN (UML). RSS 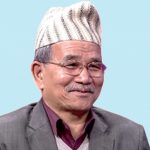