Kathmandu, August 6: CPN-UML’s Shiva Sundarraj Baidya has been elected the Chair of the Kathmandu district coordination committee.
In the election held for the DCC, Baidya got 15 votes against his closest rival NC’s Shashi Prasad Giri, who garnered 7 votes, according to chief returning officer Dipendra Adhikari.
Likewise, Sarita Dahal of UML was elected the Vice-chair with 15 votes as well. Her closest rival was Pancha Kumar Shrestha, who got 7 votes. All UML candidates were elected to the seven-member DCC.
The elected office-bearers took oath of office and secrecy today. 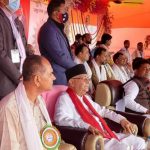 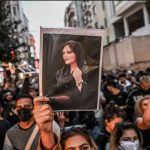