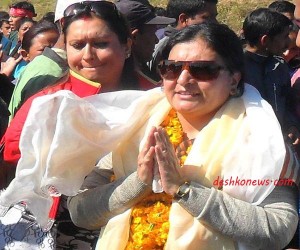 KATHMANDU, Oct 28: CPN-UML Vice-Chairman Bidhya Devi Bhandari has been elected as second and first female president of Nepal garnering majority votes in the election held at parliament on Wednesday.

Bhandari’s victory was almost certain as 12 ruling parties including the third and fourth largest parties — UCPN (Maoist) and Rastriya Prajatantra Party-Nepal (RPP-N) — had pledged their support.

The voting process for the presidential election that started in the Legislature-Parliament at 11 am concluded at around 2 pm on Wednesday afternoon.

549 lawmakers out of 597 cast their votes, while 48 lawmakers remained absent. The counting of vote is slated to begin at 2:30 pm and the results would be announced in the meeting to be held at 5:00 this evening.

The parliament is electing the President for the first time after the promulgation of new constitution through the Constituent Assembly. 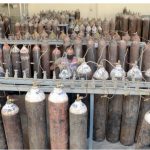 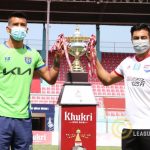 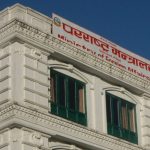