The candidacy registered by the Nepali Congress leader Govinda Raj Joshi from Tanahu district constituency no. 1 has been revoked. Joshi had filed his candidacy as an independent.
Chief Returning Officer and District Court Judge, Arjun Prasad Koirala said Joshi’s candidacy has been invalidated due to the legal provision that the candidacy of an individual who is morally insolvent shall be invalidated.
Assistant Election Officer Bishwanath Aryal said that Joshi’s name has been removed from the list of candidates with the invalidation of his candidacy.
Thirteen individuals had registered their candidacy for the House of Representatives election on December 7 from Tanahun constituency-1 and the Office of the District Returning Officer today published the names of only 12 candidates, removing Joshi from the list.
Nepali Congress senior leader Ram Chandra Poudel had filed a complaint against Joshi’s candidacy seeking annulment of his candidacy. Poudel is also a candidate from the same constituency where Joshi had filed his candidacy. RSS 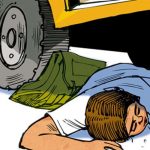 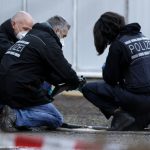