Inaugurating the 12th general convention of Nepal National Teachers Organisation here today, he said, “The government has given priority to modern, employment-oriented, self sufficiency-oriented, practical and socially useful education system.”

PM Oli, who is also the Chair of the Communist Party of Nepal, said, “One has passed bachelor level but is not capable of doing anything; it (education) should not be like that. Education should produce the kind of human resources that can contribute to building a prosperous Nepal.

A student cannot become successful if he/she does not get the kind of education he/she is interested in and prosperous Nepal would not be possible if the students are not successful.”

Stressing on the need of all the political parties whether in the government or outside of it should work together for nation building, Prime Minister Oli defended the government’s budget as based on reality and not ‘phony’ as is alleged.

Minister for Education, Science and Technology Giriraj Mani Pokharel on the occasion announced that the internal examination of the temporary teachers which has been postponed would be conducted at the earliest.

He added that the open examination for teachers would also be administered together with that exam.

Stating that the Federal Education Act and the Compulsory Education Act would be brought by replacing the Education Act, 2028 after holding consultation with all the stakeholders concerned, the Education Minister said that the budget allocated to the education sector was gradually on the rise and special priority has been given to higher education.

He said the campaign of retaining students in school, saleable education and effective teaching learning would be initiated as the student enrollment drive has met with success.

Minister Pokharel shared that a high-level education commission would be reconstituted and a separate hospital for teachers would be opened. He also made it clear that they were not in favour of curtailing the political rights of the teachers.

Organisation’s president Baburam Thapa demanded to administer the exam for the temporary teachers at the earliest, saying the decision to postpone it as unfortunate.

Culture expert Satya Mohan Joshi and founder president of the organisation Badri Prasad Khatiwada were feted on the occasion. 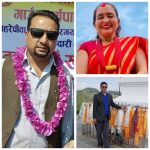 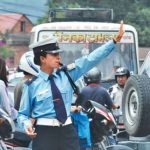 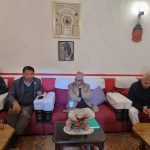