Kathmandu, Jan 1: CPN (UML) general secretary Ishwar Pokharel has said that the constitution amendment bill cannot be discussed in the parliament, as it is against the constitution.
Speaking in a programme organized by Press Chautari Nepal, Kathmandu chapter here today, leader Pokharel added that the proposal was against the integrity and sovereignty of the nation and even against the public sentiment.
He committed not to let the bill be discussed in the parliament. However, parliament business will resume in other agendas if the government withdraws the bill.
The programme was organized to discuss about the preparations for mass demonstration to be organized by the party on January 22 against the constitution amendment bill. 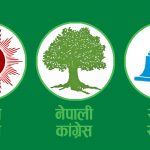 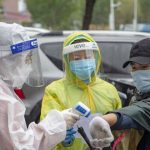