Ratnanagar (Chitwan), Jan 11: A total of 136 women were rescued from Chitwan while being trafficked to India in the past one year.

Maiti Nepal rescued 136 women from Chitwan, Regional Programme Official, Yuvraj Dawadi said. Among the rescued, 102 women were being trafficked with intent to sell them while 34 others were rescued to avert risk.

The organization was successful in saving some from India and returning them to Nepal, Maiti Nepal’s psychotherapist, Jayanti Khanal said. The anti-trafficking organization has been running various awareness programmes. It has also been setting up information centres by roadsides to carry out random checking during which it has been successful in finding trafficked women.

In the past one year, complaints were registered against only six individuals, according to Dawadi, who spoke of reticence on part of rescued women and lack of effective law enforcement by concerned bodies.

The district witnessed 41 cases of rape and domestic violence against women while of the total of 103 missing persons, 78 were found, Dawadi added further.

In Makawanpur, 11 women were rescued while five incidents were registered. Maiti Nepal data shows that of the total of 74 persons that went missing 29 were later found. In Parsa, Maiti Nepal rescued 16 women.

The women rescued from Chitwan come from Gorkha, Dhading, Lamjung and Nuwakot districts. The traffickers have been using Chitwan as a transit point before heading to India. 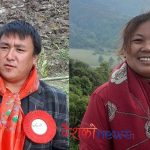 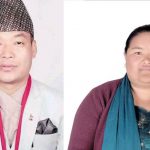